The original Ring Doorbell was an amazing start to a new category of home automation, and the Ring Pro builds on that success - so why can't they play well with others?

The Ring was a little lacking on the appearance side, and although it could in theory be dual powered (by your existing doorbell transformer) most people we know seemed to install it using the rechargable battery. For that reason it was simple and it worked. If you had good Wi-Fi. 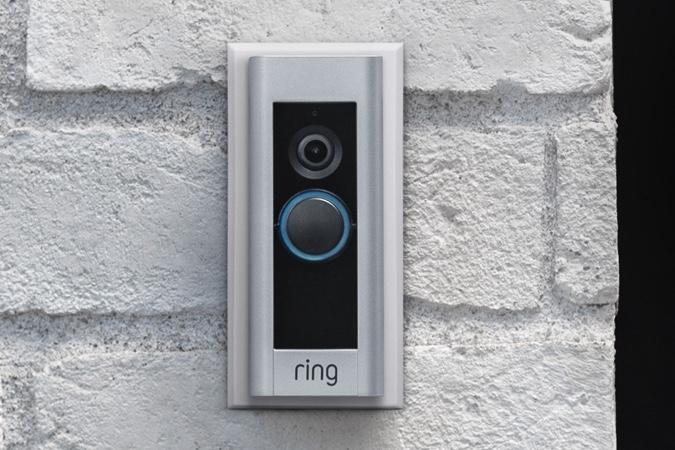 We'll talk about that later because so many things are require good (or GREAT) Wi-Fi to work properly.

The Ring Pro has a variety of improvements over the models, but for many people the more basic models (with the battery) will be easier to work with. You can see a comparison chart here.

If you are handy, the Ring Pro installs pretty easily - if there's existing wiring to your doorbell, you check the voltage and in theory it should be a snap! And at first, it seemed to be - but it wasn't really that simple.

Everything worked initially. Until it didn't.

The trouble is that as doorbells have gotten more efficient over the years (read "lower power") and there are different sizes and power ratings for doorbell transformers. Determining if you have enough power can be tricky. If you knew where in the house the doorbell transformer was hidden (often in the furnace / utility area) you might be able to find it and read the label, but sometimes they aren't easy to find.

Doorbells typically use a low voltage AC transformer which does two things. It reduces the voltage to something safe enough to not shock visitors with wet fingers and also limits the amount of current available (again a safety feature). The trouble with a simple transformer is that you can't simply measure the voltage to determine the power. For all that Ring has thought of, they could have made it simpler to test the supplied power. Either in the Ring itself OR by supplying a standard load to make it easy to test with a volt meter.

The Ring Pro is marketed as requiring a power source - not as containing a battery. Even tech support at Ring does not seem to understand that the Ring Pro actually does contain a battery. After my initial installation, I removed the doorbell to clean up the trim / make it prettier. During that time the Ring Pro discharged. When I reconnected it all I had was a dim grey/white light and it didn't work. It took a bit of reading to find out that it had discharged.

The Ring troubleshooting information and their tech support should have known what was happening. My actions had lead to a discharge (and it seems this happens to a lot of people). But the tech staff on the chat didn't seem to know what happened and denied that there was a battery in the Ring Pro. They didn't know what the dim white light meant. I was left scouring the web for help. Fortunately I found others with the same issue - many of whom upon reconnecting their Ring Pro had to wait over 24 hours for it to spontaneously start working.

That white ring light is actually a charge indicator - and once drained the doorbell remains offline until it fully recharges!

But, my trouble went a little deeper. After hours the Ring Pro didn't seem to want to recharge with the existing power supply - so I had to upgrade it. I found options readily available at a few places - but be careful your new one needs to be more powerful than the old one. There are details on this in the Ring install instructions - I found these worked well:

So now you think I'd be all set, right? Well, I am in a number of ways - the Ring Pro is much better at motion detection than the original - I can define regions to detect within (and by implication regions to ignore) which means the bit of the road visible to the Ring Pro doesn't falsely trigger alerts every time a car goes by. Fantastic!

This brings up one of my pet peeves. Us vs. them. Can't we all just get along? I want one Wi-Fi (this is not a Tolkein story) to rule them all! I dont' care that Amazon bought Ring. They should have Google Assistant and Google Chromecast support. But they don't seem to. How can a company that big fail so boldly? It could be on purpose? Because then maybe I would give up my Chromecast, and go buy a Fire TV stick. That's what Amazon support seemed to suggest.

I have a Fire TV Stick. Ring will work with Version 2. Not the one I have.

And to top it all off, Fire TV Stick Version 2 has not been released yet. So who knows if it will work properly when it does.

Even IF it does, I don't think I want to replace mulitple Chromecast devices with Fire TV Stick (V2!) to see who's at the door.

The easier solution is to replace the Ring Pro with a Nest Hello Video Doorbell.

One mantra we live by here. It is easier to work within your echo system than to work against it.

That said, we have contacted Ring - when we answered the satisfaction survey negatively, they reached out to us by email (good process guys!) to see if we'd share more details. I replied  on 2018-10-16 and I'll post more when / if they follow up. I really would like the process to work - I like the product otherwise!